My Life with Multiple Chronic Illnesses, Including Lyme Disease

Western Blots - what do all of those darn bands MEAN???

OK, this is an important issue; you should know what your medical tests mean.  And always, always get copies of all blood work (or any other type of test for that matter)!
First of all, you should know that the Western Blot blood test does not actually test for the presence of Lyme disease.  It tests for it indirectly by looking for antibodies made by your own immune system against the spiral-shaped bacteria (spirochetes) which cause Lyme disease.


Some of these antibodies are made to attack specific proteins on the outer surface of the bacteria, others to attack the flagellum (the tail), etc.  Each band in the Western Blot corresponds to a certain antibody that your body might make to fight the Lyme spirochetes.
I should also point out that which of these bands are important and specific for Lyme and which are not is still a bit controversial (depends on which researcher you talk to); the list below is a synthesis of a couple of different lists that I found online.

The numbers are actually the molecular weights in kilo-Daltons (kDa).  I've highlighted the antibodies in red which (many people agree) are very specific for Lyme disease.

OK, finally we need to talk about what POSITIVE means!

How does one decide what constitutes a positive Western Blot test?  In some ways this seems like it would be a fairly easy question to answer, but when you realize that every person's body reacts differently to infection, and one immune system may not make the same antibodies that another immune system might make, then it becomes highly complicated.

In addition, to follow this discussion on all levels, you must realize that most doctors in the United States are NOT well-educated about Lyme disease.  They generally believe that:

(a) The CDC and the Infectious Disease Society of America (IDSA) are the ultimate authorities and that anyone who disagrees with them is a crackpot.
(b) Lyme disease is rare, hard to catch and easy to cure (this is the IDSA official "line" and it is WRONG!!!!!!).
(c) Lyme disease should be treated with 2 - 4 weeks of doxycycline and THAT'S IT!  (IDSA guidelines again.  This makes NO sense...there are many illnesses out there that have to be treated very aggressively for months and months.)

Please understand that there is a political and economic battle being waged in this country with the health insurance companies and the IDSA on one side and many, many Lyme patients who are desperately ill on the other side.

If you don't believe me, you need to watch Under Our Skin ASAP!!

OK, here are three sets of Western Blot criteria for determining whether or not someone has Lyme disease; let's compare them:

1. The current CDC criteria (used by the IDSA and health insurance companies) for a positive Western Blot are as follows:

I will not go into the ins and outs of how they came up with these criteria. You can look at the CDC website for that.  Suffice it to say that when the CDC criteria were first created, they were not recommended for diagnostic purposes.  In fact, there used to be a statement on the CDC website that said so.  I think that statement has now been taken down in an attempt to appease the IDSA.

3. Possible future criteria in China: I recently read an article about Lyme disease testing in China, where Lyme is spreading rapidly through the country.  The researchers quoted by the article recommended considering a Western Blot positive if just ONE single Lyme-specific band was positive.

So the IDSA and the health insurance companies are in cahoots, but ILADS (the International Lyme and Associated Diseases Society) is opposed to their anti-patient agenda and their highly restrictive and ridiculous diagnostic criteria for Lyme disease. Our heroes, the Lyme Literate doctors (aka LLMDs in the online Lyme communities) are generally member of ILADS and believe that the using the CDC WB criteria for diagnosis of Lyme disease is incorrect.

So what's so terrible about the CDC WB criteria anyway?  For one thing they don't mention some of the bands which are the most highly specific for Lyme disease, namely bands 31 and 34, aka OspA and OspB. Your body can only produce these antibodies if you have been exposed to Lyme spirochetes!

The main reason these were left out is that several of the doctors who originally decided on the criteria were involved in an effort (at that time) to create a Lyme vaccine, and those two bands were part of the vaccine, so anyone who had been vaccinated against Lyme would test positive for 31 and 34 even if they did not have Lyme.  So they deleted those two bands from the list.

However, the Lyme vaccine is no longer being used because it caused terrible autoimmune reactions in a number of people who received it.   But (oops!!) the CDC forgot to put those two bands back into the criteria after they stopped using the vaccine!

And requiring FIVE bands for an IgG to be positive?  How do you know that everyone will produce a minimum of 5 different IgG antibodies?  And why include bands 45, 58, and 66, which are not specific for Lyme disease?  Why not include bands that are SPECIFIC for Lyme???  Clearly these criteria are too restrictive.

It has been said that the current CDC testing misses at least half of those who truly have Lyme disease.

As to the IGeneX criteria, these make a lot more sense, as the only band in their set that is NOT Lyme-specific is band 41.  Band 41 is usually the first band to show up for Lyme but also is frequently positive for people with other spirochetal infections such as syphilis and certain dental infections.

However, in my humble opinion, the proposed Chinese criteria make the most sense, since your body should not be able to produce even one single antibody to a Lyme spirochete unless you have been exposed to Lyme!

In the opinion of many LLMDs, IGeneX is one of the best places to get a Western Blot done, as their testing is more sensitive and they also report the "indeterminate" results, which means that there was some sort of reaction there, but not a strong enough response to be considered positive.  The indeterminate results can be considered clinically significant if a doctor wishes to include those.

My own IGeneX Western Blots were both positive by IGeneX criteria but negative by CDC criteria.

Attention, all doctors employed by (health insurance company which shall remain nameless) who have denied my various insurance claims, and who use the CDC criteria to tell me that I don't have Lyme disease: note that many of the positive and indeterminate bands in my IgM and IgG WB results are VERY VERY specific for Lyme disease: 23-25, 30, 31, 34, and 39.

THERE IS NO WAY IN H-E-DOUBLE-HOCKEY-STICKS THAT MY IMMUNE SYSTEM IS "RANDOMLY" PRODUCING THESE PUPPIES!!!!!
Posted by JoAnn at 12:15 PM

Under Our Skin Trailer 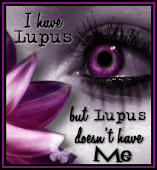